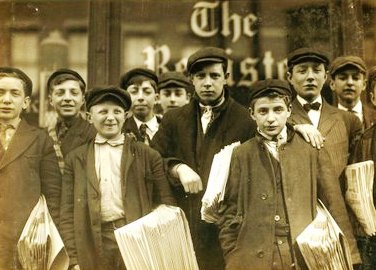 A WEEK BY WEEK NEWS RESOURCE FROM 1888

The This Week in 1888 is a resource that looks at each week in 1888 and focuses on the events that were being reported in the East End newspapers in that particular week.

In so doing it provides a terrific insight into the state of the East End in the months leading up to the Jack the Ripper murders, during the twelve or so weeks over which the murders were occurring, and in the last few months of 1888 as the people of the district began to come to terms with the horrors that had occurred in their midst.

As such we hope that it will provide a valuable resource to students of the Ripper crimes and of East End history in general.

UPDATED ON A WEEKLY BASIS

The resource will be added to each week so that readers will be able to view the events that were occupying the local populace during a corresponding week in 1888.

You will be able to read about matters that correspondents to newspapers were discussing, what crimes were being committed in the area as a whole, which miscreants of those crimes were appearing in the Police Courts, and also read about the measures being promoted to try and alleviate the dreadful poverty that was present in the district.

So please enjoy the resource and be sure to check back on a weekly basis to read about the events that were happening this week in 1888.

The newspapers were reporting that the murdered woman in George Yard had been identified as Martha Turner.

Two cases before the Thames Police Court, both of which involved vicious assaults on women by other women, provide a glimpse at the everyday violence to which the neighbourhood where the Jack the Ripper Murders took place was prone.

The Main story dominating the news in the East End of London for the week ending 11th August 1888 was the murder of Martha Turner which had occurred in George Yard (now Gunthorpe Street in the early hours of the Tuesday of that week.

This weeks update looks back on the events for the week ending 28th July 1888 when a letter writer posed the question "Where are the Police?"; A Shame Detective appeared at Thames Police Court; and a man who had assaulted two police constables claimed that he was "As Innocent As A New born Babe."

Today's update consists of a report in the East London Observer concerning the daytrip undertaken by the girls who attended Mr George Holland's George yard mission.

This weeks news stories were dominated by violent attacks. A brutal murder had been carried out at a house off Commercial Road and the police were desperately seeking the perpetrator of the crime.

A case at the Thames Police Court, yet again, illustrated the dangers faced by the everyday police constables whose were responsible for enforcing law and order in the district.

The Society of Engineers paid a visit to Tower-bridge, then in the early stages of its construction.

There was an alleged violent assault on a local woman, whilst another case before the Thames Police Court serves to illustrate the fact that fire arms were often carried by drunks, and that the magistrates seemed to take a lenient view of those who discharged revolvers whilst under the influence of alcohol.

The Emperor Frederick, who was married to Queen Victoria's daughter, Princess Victoria had died the previous week causing the cancellation of several Royal engagements in the East End of London.

The East London Observer was delighted by the annual report from the local Medical Officer which stated that "the great influx of foreigners into the district has ceased," and that the death-rate in the area the previous year had been "the lowest rate ever recorded."

Whilst a local publican, wishing to attract customers across the threshold of his Mile End pub, reached for his pen to and extolled the virtues of the wine he sold in verse!

During the week ending 16th June 1888 the papers were reporting the result of the recent Coroner's election. Macdonald won the contest and duly wrote to the papers to thank all those who voted for him.

Meanwhile there were reports of a local doctor being involved in an "alleged scandal at Mile End."

In the Thames Police Court a Mrs. Elizabeth Manning found herself appearing before Mr Hannay charged with assaulting a lady with a jug.

During the week ending Saturday 9th June 1888 Detective Sergeant William Thicke, a police officer whose name would crop up time and again in the Jack the Ripper investigation later in the year, gave evidence against a burglar he had apprehended by the name of George Neighbour. His testimony reveals the ever present dangers faced by the police as they enforced the law in the area where the ripper murders occurred.

Mr Wynne Baxter (who would later that year preside over the inquests into the deaths of several of Jack the Ripper's victims) had vacated his post as Coroner of the North Eastern Division of Middlesex to take up the Coronership of the South Eastern Division. Two candidates - Dr. Roderick MacDonald and Dr Yarrow were battling it out to replace Baxter in his old Coronership.

Meanwhile, the House of Lords Select Committee that was looking into the "Sweating " problem in the East End made a surprise discovery.

Finally, the experience of Police Constable 37H again illustrated the bravery of the Police Officers who patrolled the district.