THE JACK THE RIPPER NEWSPAPER ARCHIVE 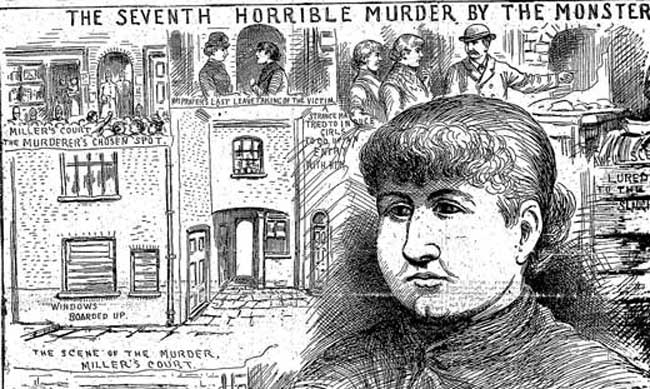 PRESS REPORTS ON THE WHITECHAPEL MURDERS

The Jack the Ripper newspaper archive consists of contemporary newspaper reports that combine to tell the full story of the Whitechapel Murders as it unfolded in the popular press between 1888 and 1891.

But, the newspapers also carried reports on the victims of Jack the Ripper, often showing them a great deal of sympathy and lamenting the conditions that had led them to their tragic demises. So, you will also be able to study this aspect of the crimes as well.

The Ada Wilson archive features reports on the attack, in March 1888, on Ada Wilson, which some believe may have been an early crime by Jack the Ripper.

Go to the archive

The Emma Elizabeth Smith newspaper archive features reports from the newspapers in April 1888 that dealt with what, as it transpired, was the first crime in the Whitechapel Murders sequence.

Go to the archive

The newspaper archive of articles on the murder of Martha Tabram, also known as Martha Turner, features the early reports on her killing, in August 1888, together with inquest reports and press speculation as to who her murderer might have been and what his likely motive was.

Go to the articles

The newspaper archive of articles on the murder of Mary Nichols on 31st August 1888. You can read the earliest reports that broke the news on what is now considered to have been the first murder carried out by the perpetrator who would become known as "Jack the Ripper." In addition, you can also read the inquest reports and press speculation on the crime.

Go to the articles