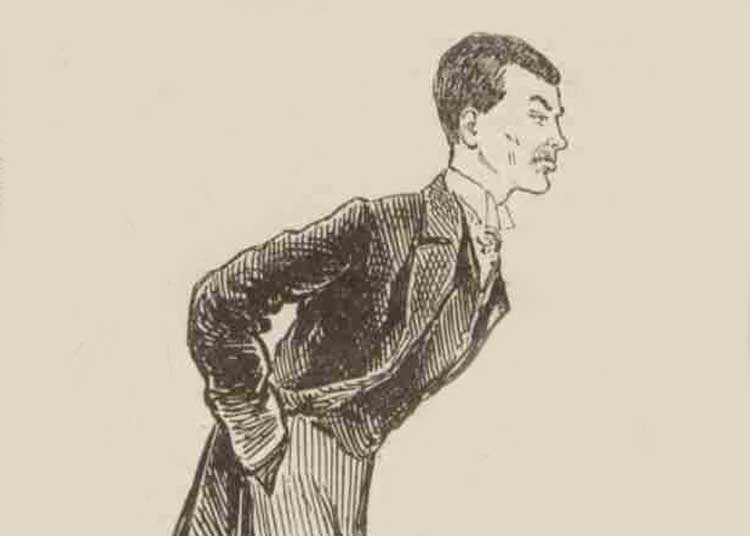 There is a possibility that Louis Diemschutz came extremely close to catching Jack the Ripper in the act of carrying out a murder.

Diemschutz was the steward of The International Workingmen's Educational Club, one wall of which ran alongside Dutfield's Yard, a turning off Berner Street.

Having spent the day of Saturday, 29th September, 1888 hawking cheap jewelry at Westow Hill Market, Sydenham Hill he returned to Berner Street, and, at exactly 1am, he turned his pony and cart into the dark Dutfield's Yard, and found the body of Elizabeth Stride.

A DESCRIPTION OF DUTFIELD'S YARD

The East London Observer, provided a description of the yard in its edition of Saturday, 6th October, 1888:-

The gates are situated on the right, and about half way down the street [Berner Street]. They are ordinary wooden ones, bearing the inscription in white paint, "W. Blarney, sack manufacture, and A. Dutfield, van and cart builder." [Mr. A. Dutfield has, however, intimated that his business has been removed.]

Immediately on the right of the gates is the International Workmen's Educational Club - an ordinary house transformed into a club, and covered with bills in English and Hebrew.

One entrance to the club is gained from the street, but there is also a side entrance, a little distance up the gateway mentioned.

On entering the gateway, a brick wall runs for some distance on the right-hand side, and it was on the footpath here, and by the side of the brick wall, that the victim was found." 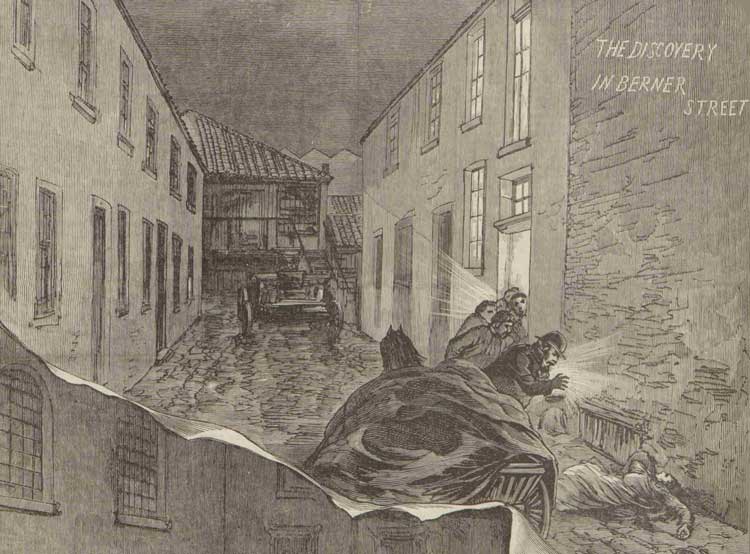 Louis Diemschutz gave a full account of the events leading up to and in the immediate aftermath of his discovery of Elizabeth Stride's body.

The East London Observer, published his version of events on Saturday, 6th October, 1888,albeit, in common with several newspapers, the reporter who was taking down his story Verbatim found difficulty with spelling his name correctly!

AN OUTRAGE AT BERNER STREET

Lewis Dienischitz {sic], who is the steward of the club, found the body, and this is his version of the discovery:-

"On Saturday," he says, "I left home about half-past eleven in the morning and returned hone exactly at one am, Sunday morning. I noticed the time at a tobacco shop in the Commercial-road. I was driving a pony harnessed to a costermonger's barrow. I do not keep the pony in the yard of the club, but in George-yard, Cable-street. I drove the barrow home in order to leave my goods there.

I drove into the yard. Both gates were open - wide open. It was rather dark there I drove it in as usual, but as I came into the gate my pony shied to the left, and that made me look at the ground to see what the cause of it was.

I could see that there was something unusual on the pavement, but I could not see what it was. It was a dark object. I tried to feel it with the handle of my whip to discover what it was. I tried to lift it up with it. As I could not I jumped down at once and struck a match. It was rather windy, and I could not get a light sufficient to show that it was the figure of some person, whom by the dress I knew to be a woman.

I took no further notice of it, but went into the club and asked where my missus was. I found her in the front-room on the ground-floor. I left the pony in the yard by itself just outside the club door. My wife was with several of the members of the club. I told them. ";There is a woman lying in the yard, but I cannot say whether she is drunk or dead."

I then got a candle and went down. By that light I could see there was blood, even before I reached the body. I did not touch the body, but went off at once for the police. I passed several streets without seeing a policeman, and returned without one.

As I returned, a man whom I had met in Grove-street, and who had come back with me, lifted up the deceased's head, and then for the first time I saw the wound in her throat.

Just at that time Eagle, a member of the club, and the constables arrived.

I did not notice anything or anybody suspicious as I made my way to the club in my pony cart.

The doctors arrived about ten minutes after the constables. The police afterwards took our names and addresses and searched everybody.

As soon as the police came I ceased to take any interest in the affair, and went on with my duties at the club.

I did not notice in what position the hands of the deceased were. I only noticed that the doctor, when he came, unbuttoned the dress of the deceased, and, putting his hand on her bosom, told a constable standing by that she was quite warm. He told the constable to place his hand there, and he did so.

There appeared to me to have been about two quarts of blood on the ground. It seemed to have run up the yard from her neck. The body was lying about a foot from the club wall.

I have never seen men and women together in the yard by the club, nor have I ever heard of anybody seeing such a thing.

It would have been quite possible for a man to have escaped from the yard while I was driving up to the club door. but after I had told the members what I had seen nobody, I think, could have escaped."

DID HE INTERRUPT THE KILLER?

The police were of the opinion that, when Diemschutz entered Dutfield's Yard, at 1am, he actually interrupted the murderer.

Later that day, it would dawn on Diemschutz that, when he was initially standing in the darkness of the yard, the killer was still there, concealed by the darkness close by.

Had he raised the alarm on first finding the body, then the chances are the murderer would have been taken.

But, the fact that Diemschutz went into the club to enquire after his wife gave the killer the opportunity to escape from the darkness and leave the scene of yet another atrocity, completely unobserved and undetected.

ANARCHY IN THE UK

American Private Investigator and author Randy Williams had been studying the Jack the Ripper case since the 1970's and is convinced that there is more to the events of 1888 than has hitherto been believed.

Indeed, according to Williams theory, the Ripper was none other than Louis Diemschutz, the club steward who found the body of Elizabeth Stride on 30th September, 1888.

Do you agree with Randy Williams that Louis Diemschutz was Jack the Ripper?

You can cast your vote for Diemschutz in our online poll of Jack the Ripper suspects.