BOOKS ON JACK THE RIPPER 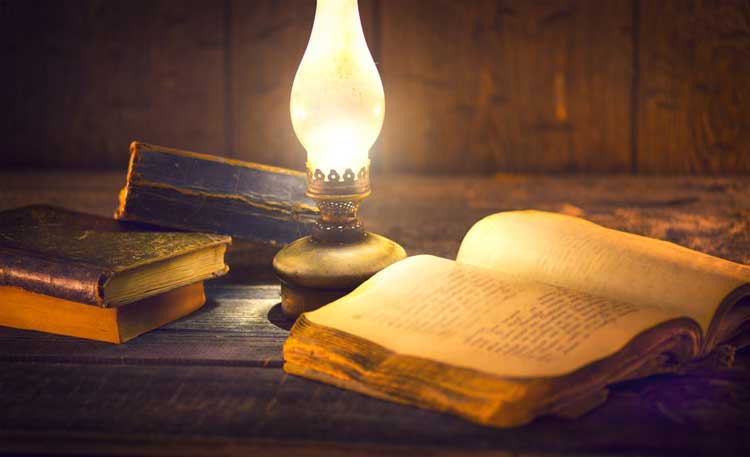 When it comes to Jack the Ripper there are, literally, thousands of books out there. Some are excellent and make genuine contributions to the field. Others are reasonable and worth a cursory read through. Many are downright awful and offer little or no value to furthering our understanding of the case.

The question is, how do you separate the wheat from the chaff?

Well, below you will find a list of books that, in my opinion, are must-have books for any student of the case.

They can be purchased on Amazon.

In the interests of full disclosure I'd like to state that the jack-the-ripper.org website does receive a commission on all book sales.

This goes towards the running costs of the site and enables me to update it and to acquire new archive material whilst, at the same time, keeping it free to use.

OUR FREE E-BOOOK
THE LONDON OF JACK THE RIPPER

Our free e-book takes you on a journey through the Whitechapel murders, beginning with the early crimes in the first four months of 1888, and then covering the period from August to November, 1888, when the Jack the Ripper murders brought terror and panic to the streets of the East End of London. 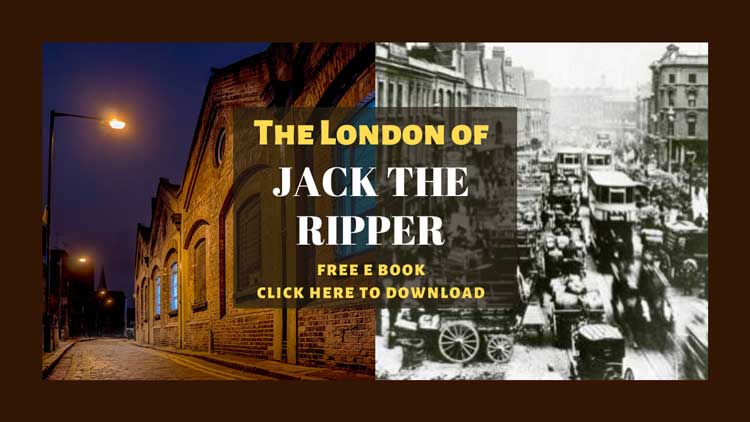 No serious student of the Jack the Ripper murders should pass this book by. Indeed, it such a valuable, and detailed, resource on all aspects of the case, that it has, quite legitimately as it happens, been hailed as nothing short of the "bible" of Ripper studies.

Written by three of the World's leading, and most respected, authorities on the case, this new edition has been totally updated and includes an entry for almost every witness, victim, police offices, journalist, publican and lodging house keeper who was involved in the case, as well as numerous men and women who found themselves, sometimes reluctantly, caught up on the drama that the Whitechapel Murder generated.

The Complete Jack the Ripper A-Z has an entry for almost every person involved in the case - from suspects and witnesses, to policemen and journalists - plus the many ordinary people who became caught up in the unfolding drama, no matter how briefly. It also features short biographies of writers and researches who have, over the years, have made their own contributions to our knowledge and understanding of the Jack the Ripper case.

The A to Z format means that, if you come across a name or a fact which you need to look up quickly, you can easily turn to the relevant page and are almost guaranteed that you will find something about that fact, place or person.

So, if you are looking for a book that will prove an invaluable research tool, then look no further than this one.

THE ULTIMATE JACK THE RIPPER SOURCEBOOK
AN ILLUSTRATED ENCYCLOPEDIA

BY KEITH SKINNER AND STEWART EVANS

This is a truly incredible resource that every Ripperologist, and budding Ripperologist should have i in their collection.

In many ways this is one of the most useful books to buy if you want to understand both the successes and the failures of the police investigation into the Jack the Ripper crimes.

Neil Bell doesn't set out to present us with yet another suspect; and his book is all the better for that fact.

What he does do, is to take the reader through what it was like to be a police officer in Victorian London, and, of course, at the time that the Whitechapel murders were taking place.

Don't read this book expecting to be bombarded with wild speculation and endless theorizing about why a particular suspect must have been Jack the Ripper. Mr. Bell doesn't do wild speculation!

What he does do is give the reader a thorough grounding in how the Metropolitan Police came into being; what sort of crime prevention measures the average Bobby on the beat would have had at his disposal; and, when crime prevention had failed and crime detection was called for, what the investigative techniques that were available to the likes of Inspectors Reid and Abberline as they tried desperately to hunt down jack the Ripper and stop him killing again.

The result of the authors approach is that, by the time you come to reading about the murders, in part two of the book, you are truly au fait with how the police forces operated, and are, therefore, able to comprehend not only the shortcomings of the detectives who worked on the case; but you are also able to approach the case with fresh eyes, having dispensed with many of the inaccuracies, distortions and misrepresentations that have come to plague modern day reporting of the ripper crimes.

This is a sensible book; exhaustively researched and extremely well written.

Tom Wescott's book, focussing as it does on the early Whitechapel murders that took place over the bank holiday weekends, is a must for all students who want to see the Jack the Ripper case and police investigation as it evolved.

Tom, is one of the most astute researchers on the murders and his research is both thorough and exhaustive, a fact that truly shines through in this book.

He provides the reader with a factual account of the murders of Emma Smith and Martha Tabram, and then tells a gripping story of how the police tried to investigate these crimes, and were confronted with unwilling and, decidedly uncooperative witnesses.

You really do feel their frustration and see the groundwork being laid for their investigation into the later Jack the Ripper crimes, whilst, at the same time, getting a real feel for the streets, district and populace of the area that was shortly to become infamous throughout the world.

A must for all students of the case.

THE COMPLETE HISTORY OF JACK THE RIPPER

Philip Sugden's book is an in depth study of the Whitechapel Murders, and he succeeds admirably in bringing together many of the facts that emerged from the press and police reports at the time of the murders, as well as from the testimony of the various witnesses who appeared at the inquests into the deaths of the victims.

Meticulously researched, the books tells the story very well, and gives a lot of information on periphery characters, who often get relegated to the sidelines in books on the case.

In so doing it helps the reader to build up a picture of the main players in the case, and gives a great insight into how they fit in to the story of Jack the Ripper and the Whitechapel murders.

My only real criticism of the book is that he does, occasionally, resort to trashing writers and researchers that went before him, albeit this doesn't happen that often.

There is a detailed section on suspects in which it becomes apparent that Mr. Sugden does have a favourite, but then that hasn't stopped writers before or since and, on the whole, he does present a nicely balanced view on the various suspects.

I would say that, if you are looking for a book that provides a good overview of the case, then this is certainly up there with the top three to go with and I've found it an invaluable resource in my own researches on the Whitechapel Murders.