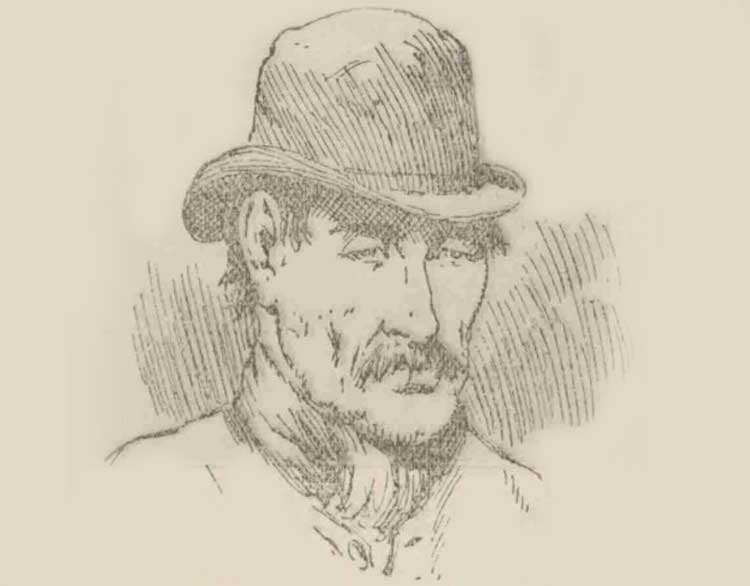 Thomas Bowyer was an Indian Army pensioner who lived at number 37 Dorset Street and who worked in John McCarthy's Chandler's shop, which was located by the entrance to Miller's Court, at number 27 Dorset Street.

Because of his service with the Indian Army, he was nicknamed "Indian Harry", and, in consequence, several newspapers referred to him as Harry Bowyer when mentioning him.

At 10.45am, on the morning of the 9th November, 1888, John McCarthy had sent Bowyer to Mary Kelly's room, instructing him to collect her overdue rent.

Bowyer duly walked through the arch of Miller's Court and knocked on the door of Mary's room at number 13.

Getting no reply, he went round to the window of the room, where there was a broken window pane and looked into the room.

The sight that greeted him sent him staggering back in horror, and, seconds later, he was back in McCarthy's shop stammering, "Governor, I knocked at the door, and couldn't make anyone answer. I looked through the window and saw a lot of blood."

The Morning Post, reported his inquest testimony about what he saw in its edition of Tuesday, 13th November, 1888:-

Thomas Bowyer, 37, Dorset-street, Spitalfields, stated that he was a servant to Mr. McCarthy and served in his chandler's shop.

At a quarter to eleven on Friday morning he was ordered by his employer to go to "Mary Jane's room";, No. 13, to get the rent, which was in arrears.

He knocked at the door, but received no answer. He knocked again, and, as there was still no reply, went round the corner of the house, where there was a broken window.

He put his hand through the aperture, pulled the curtain aside, looked in and saw two lumps of flesh lying on a table close by the bed.

The second time he looked he saw a body on the bed and blood on the floor.

Very quietly the witness then went back to his employer and told him what he had seen.

He saw the woman drunk only once.

Mr. McCarthy's shop is at the corner of the court."