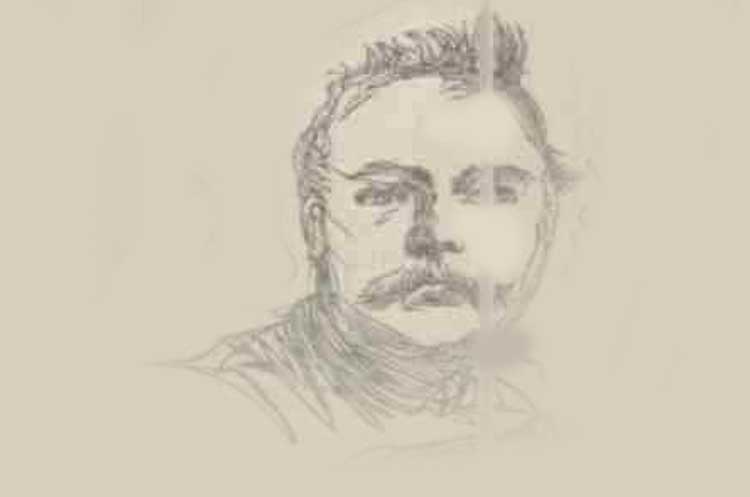 William West, a printer by trade, was the club Secretary of The International Working Men's Educational Club, situated at 40 Berner Street, alongside which was located Dutfield's Yard, where the body of Elizabeth Stride was discovered by the club's steward, Louis Diemshutz, at 1am on the morning of the 30th of September, 1888. 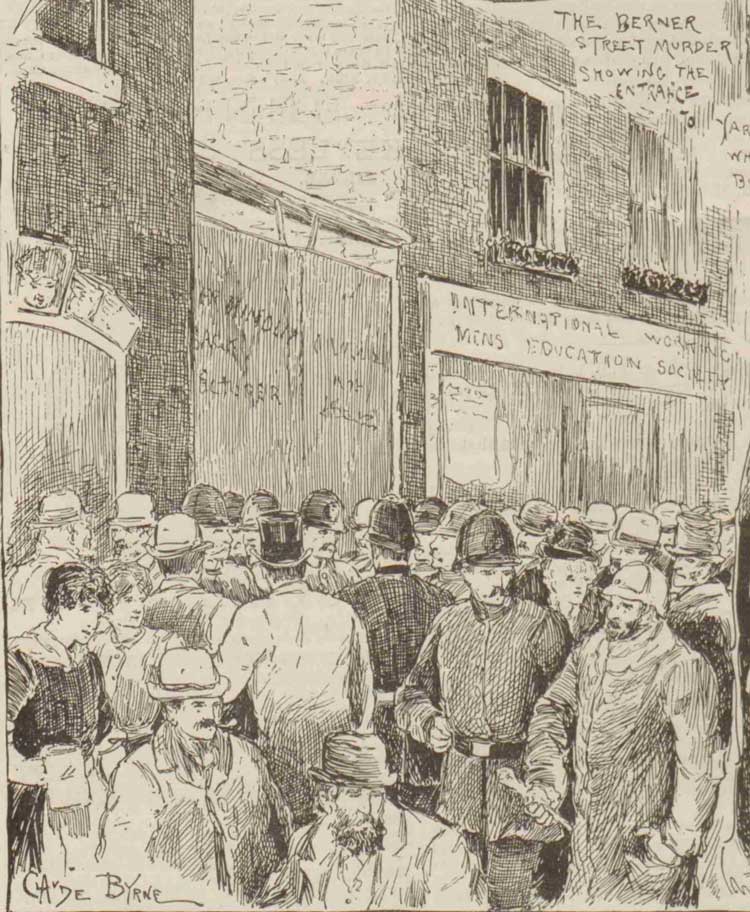 THE LAYOUT OF THE MURDER SCENE

He was the first witness to be called to give evidence at the inquest into Elizabeth Stride's death when it opened on Monday, 2nd October, 1888

Much of his testimony was devoted to given over to providing the Coroner and the inquest jury with an idea of the layout of Dutfield's Yard, together with its access points and state of lighting in the yard at the time of the murder.

The people published a lengthy summary of his testimony in its edition of Sunday, 7th October, 1888:-

At No. 40, Berne Street, there is the International Working Men's Club.

On the ground floor, facing the street, there is a window and a door which leads into a passage. At the side of the house there is a passage leading into a yard. The passage has folding gates shutting it off from the street, and containing a smaller door. Sometimes the gates remain open all night, but as a a rule they are closed, and the small door in one of the gates is also locked. This duty devolves upon no particular person so far I know.

In the yard is one house, arranged in small tenements, having three doors opening into the yard, out of which there are no other means of exit except through the gate mentioned.

Opposite the gate is the workshop of Messers. Hindley, sack manufacturers, and I do not think there is any way out there. They occupy the second floor, the ground door being unrented.

Next to Hindley's in the yard there is a stable, I think it is unoccupied, and adjoining this is the club.

Our premises run back a long way into the yard.

The front room on the ground floor is occupied as a dining room, at the back of which is a kitchen, the window and doorways opening into the passage leading to the yard.

Behind the kitchen is a printing office, and a room for the editor of The Worker's Friend.

On Saturday the compositors left work about noon. and the editor then came into the club, which numbers about seventy-five to eighty members.

Persons of whatever nationality are eligible for election, providing they profess Socialistic principles.

On the first floor of the club premises, where entertainments and lectures are given, there are three windows looking into the yard.

In this room, on Saturday night, a discussion took place which ceased about midnight. It was attended by about 100 persons, the bulk of whom left the premises by the street door.

About thirty members remained behind in the upper room, the windows of which were partly open.

There is no lamp whatever in the yard, and none in Berner-street illuminates it, the only light it receives being from the house and the club.

About ten minutes past twelve, I went into the yard, and then saw some lights in the house, as well as in printing office, where the editor was reading.

Some of the club members were singing, and this could be heard in the yard.

I looked towards the gates, where there was nothing unusual to attract my attention. I did not see any object on the ground but, it being dark, anything might have escaped my notice.

I afterwards returned to the club, and left by the street door.

I saw no one in the yard, and cannot recollect meeting any person in Berner-street.

I often proceed home about one a.m., but never see low women about Berner street, nor in the yard."