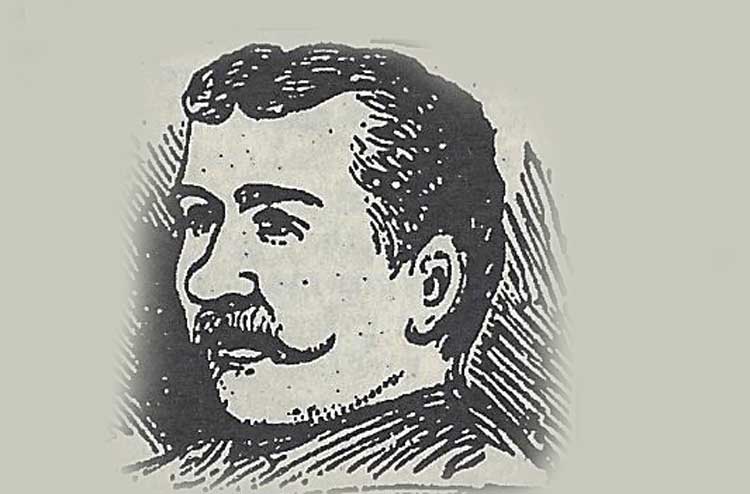 He Knew Nothing Of Her Associates

Fountain Smith was the younger brother of Annie Chapman.

He was described in contemporary newspaper reports as being a tall man with dark hair and a heavy brown moustache.

He appeared as a witness at the resumed inquest into his sister's death, on the afternoon of Wednesday, 12th September, 1888:-

The Shields Daily Gazette, made a brief mention of his testimony in its edition of that evening, albeit his evidence consisted of little more than confirming the identity of the murdered woman:-

Fountain Smith, printing warehouseman, deposed that he recognised the deceased as his sister.

She was the widow of a head-coachman, who formerly lived at Windsor, and had lived apart from him for three or four years.

He last saw her alive fortnight ago. He gave her two shillings.

She did not tell him where she was living."

Most the the press accounts of his testimony simply stated what he said about the victim having been his sister and the fact that he didn't know anything about where she was living.

However, The East London Observer provide an insight into his reaction to having been cast into the public gaze, and under such tragic circumstances:-

The first witness, F. Smith, seemed to speak with great reluctance, and in so low a tone that few of the jury could have heard anything of it.

The publicity into which he was so painfully dragged was evidently very distasteful to him.

He simply proved the identity of the murdered woman."

HE KNEW NOTHING OF HER ASSOCIATES

The following Saturday, The Cheshire Observer gave a few more details of his testimony:-

Fountain Smith, printer' warehouseman, identified the body as that of his eldest sister, Annie Chapman, a widow.

He last saw her alive a fortnight ago when he gave her 2s.

She did not say where she was living or what she was doing, and he knew nothing of her associates."