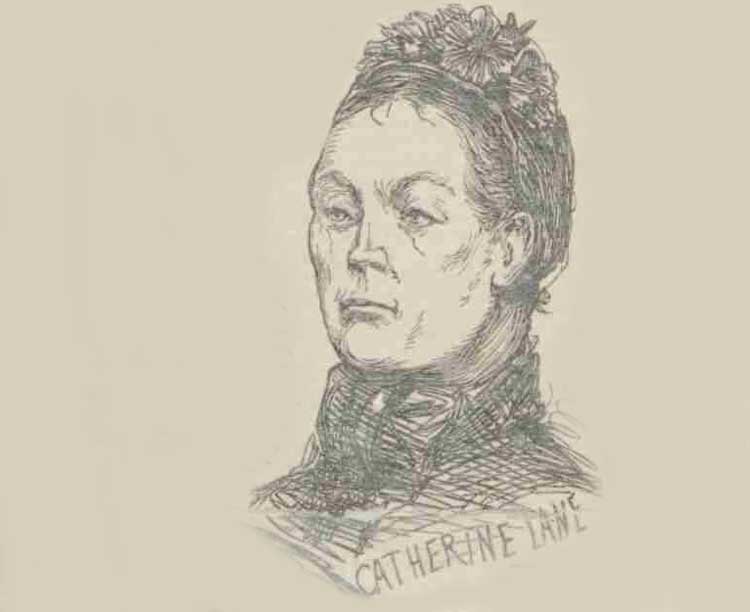 Resident At 32 Flower and Dean Street.

Catherine Lane was a resident at the common lodging house at 32 Flower and Dean Street at which Elizabeth Stride had lodged, on and off, for the six years prior to her murder.

She had known Elizabeth Stride since February, 1888, when she (Catherine) and her husband had moved into the lodging house.

Catherine Lane appeared on the third day (Wednesday, October 3rd, 1888) at the inquest into Elizabeth Stride's death, and she stated that she had, seen the body at the mortuary and had recognised the deceased woman as "Long Liz."

She said that she had last seen Elizabeth Stride in the kitchen of the lodging house between seven and eight o'clock on the evening of Saturday, 29th September, 1888.

As she left the kitchen, Elizabeth had given Catherine a piece of velvet "to mind until she came back."

Her inquest testimony was published in The Scotsman on Thursday, 4th October, 1888:-

"I live at Flower and Dean Street , Spitalfields. I am a charwoman. I am married , and my husband is alive . His name is Patrick Lane, and he 1s a dock labourer. We have lived at the lodging-house since the 11th February last.

I have seen the body in the mortuary. I recognise it as "Long Liz", who used to live in the lodging-house.

I have known her six or seven months. I used to see her frequently in Fashion Street, where she was living, and I have seen her at our lodging-house.

I spoke to her on Thursday and Saturday. I saw her between ten and eleven in the morning on Thursday,

Coroner:- "Did she say why she was coming back to the lodging house?"

"She said that she had had a few words with her young man, and had left him."

The witness gave other particulars as to the identification.

The Foreman:- "Were you quite sure that she was a foreign woman?"

"I Could tell by her accent that she was, as she did not bring all her words out plainly."

Coroner:- "Have you ever heard her speak in her own language?"

"Yes, I have heard her speaking Swedish with women in the street - the people with whom she worked."

A Juror:- "Did you ever hear of her having a sister?"