THE MARY NICHOLS MURDER SITE THEN AND NOW

The body of Jack the Ripper's first victim, Mary Nichols, was found on August 31st 1888, in a dark gateway in Buck's Row.

Buck's Row was, and still is, an uninspiring thoroughfare situated behind Whitechapel Underground Station, just off Whitechapel Road.

Much has changed in the immediate vicinity in the intervening 130 years since the murder occurred.

Many of the buildings have long since fallen victim to the march of time and progress.

Even the name of the street has changed, and Buck's Row is now called Durward Street. 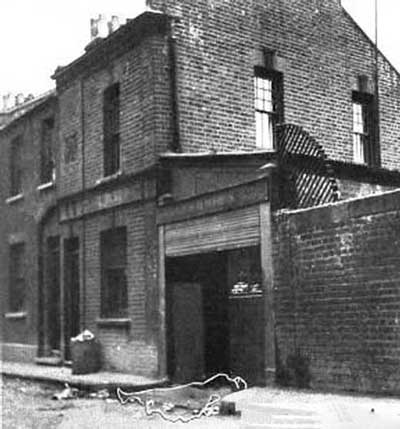 Buck's Row, 1888
The Murder Site Is Outlined In White.

In the last few years work has been going on to build a new Crossrail Station, more or less opposite the site of the murder and this has made it rather difficult to get near the actual site.

A line of modern houses now border the south side of Durward street where the cottages stood past which Charles Cross would have walked as he made his way to work at around 3.40am, on August 31st 1888.

But, at the top of this eastern section of Durward Street, just before it becomes wider, there still stands the bulk of the old Board School, which looms over the murder site today, just as it did at the time of the murder in 1888.

This is the one structure to have survived in the immediate vicinity and it still as a striking local landmark, albeit it has now been converted into flats. 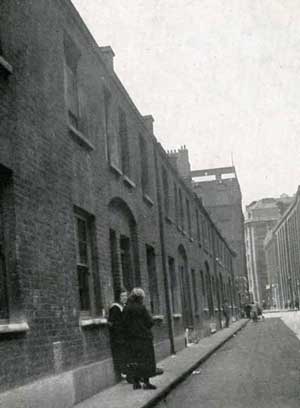 The Cottages In Durward Street.

The actual location where Cross discovered the body of Mary Nichols was situated just past the line of cottages.

This is what the view looked like before the cottages were demolished.

The site of Mary Nichols murder was, more or less, where the garage is situated just after the line of cottages.

This, with the exception of the garage itself, is the view that Charles Cross and Robert Paul would have had as they walked along Buck's Row in the early hours of August 31st 1888.

As you can see the looming bulk of the Board School was a prominent local landmark.

If you look up at the roof area of the school you can even make out the railings that enclosed the roof top playground. 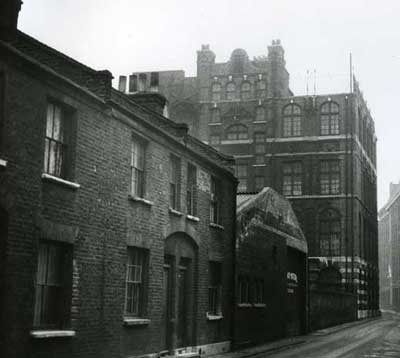 Looking Towards The Durward Street Board School.

As you can see from this next photograph, the vicinity of the murder has now changed, almost beyond recognition. 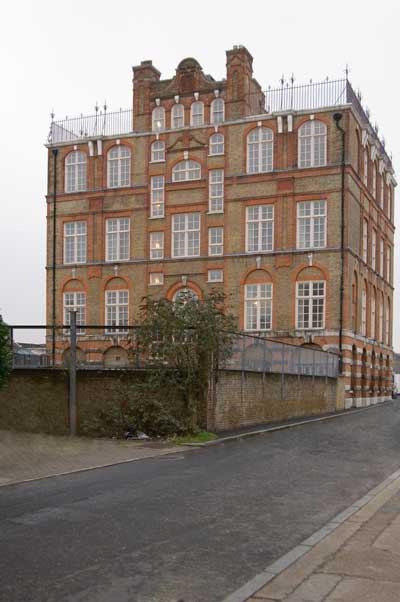 The site where the murder occurred is the gap, this side of the wall in the foreground of the photograph.

And yet, the school is still there and, again, if you look up at the roof, you can still make out the railings that enclosed that rooftop playground.

It is still somewhat chilling to walk along here and let your gaze drift up to the striking red brick exterior of the old school and contemplate that, as as Charles Cross walked this same way in 1888 he had no idea that he was about to make a discovery that would guarantee him an unintended, and unlooked for, form of gruesome immortality.

It doesn't take much imagination to picture the pandemonium that would have echoed around this spot as the police and the public gathered around it, not realising that they were witnessing not only the first act in what, for them, would become their autumn of terror, but was also the start of the World's most infamous murder mystery.

The Jack The Ripper Victims